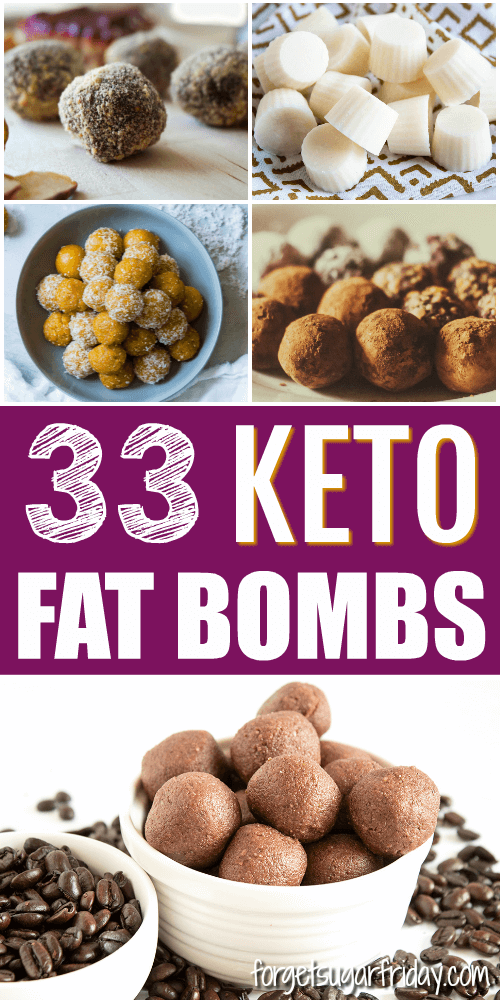 If you like fat bombs, this post is for you. Keto dieters and low carb dieters rejoice—you have 33 new keto fat bombs to try thanks to this awesome round-up! 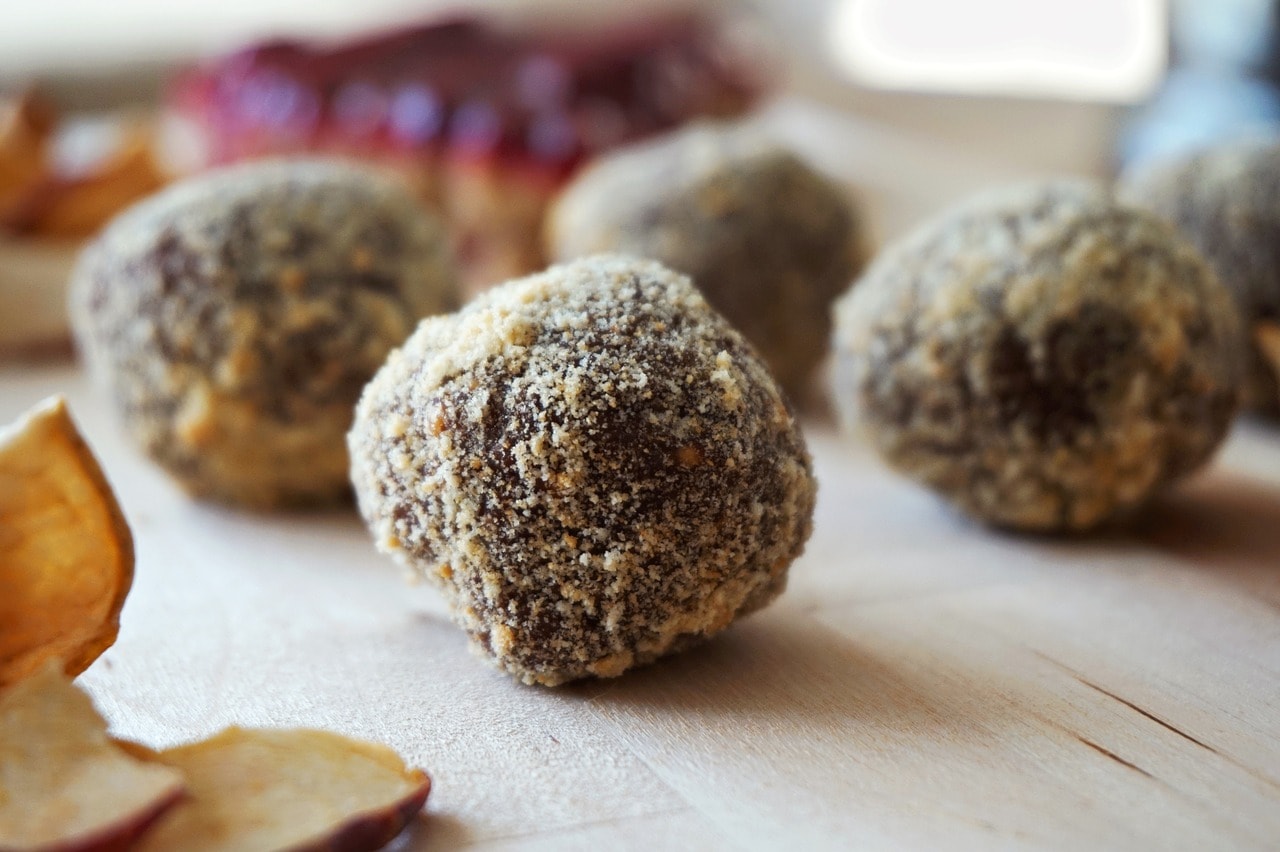 Are you ready for some fat bombs?! 🙂 I’ve rounded up a whopping 33 fat bomb recipes that are going to blow. your. mind. From peanut butter fat bombs to red velvet fat bombs to almond pistachio fat bombs, I’m pretty sure this post contains some of the most delicious fat bombs out there right now. Go ahead and try all 33!

What is a Fat Bomb?

If you’ve landed on this post and aren’t exactly sure what a fat bomb is, it’s a recipe (often sweet, but not sweetened with sugar!) that is high in healthy fats and low in carbs. They’re especially popular in keto diets (high fat, low carb), but many people following traditional low carb diets love them too.

What are the Ingredients in a Keto Fat Bomb? 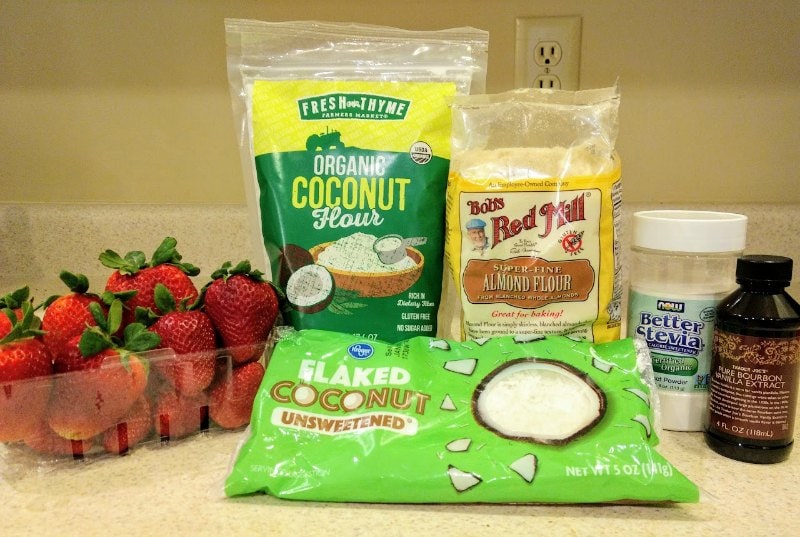 One, a healthy fat (sometimes more than one!). This can include:

Some of my favorites!

Two, a binder. This can include:

Most fat bomb recipes include a binder, but a few don’t.

Some of my favorites!

Three, a sugar-free sweetener. This can include:

Four, extra flavoring. This can include:

Not all fat bombs will use molds (some are just rolled into balls or cut into squares), but here are my favorite molds:

I love this 2-pack of mini molds! They’re shaped like mini Reese’s Cups and, thanks to the silicone material, whatever you put in them pops out easily.

Other than being super tasty, fat bombs are beneficial in several ways. Here are five benefits of fat bombs:

These Keto Chocolate Coffee Fat Bombs are total bliss! They each contain 9g fat, only 1g net carbs, and they’re caffeinated. When you want a filling pick-me-up, grab one of these tasty keto coffee treats! 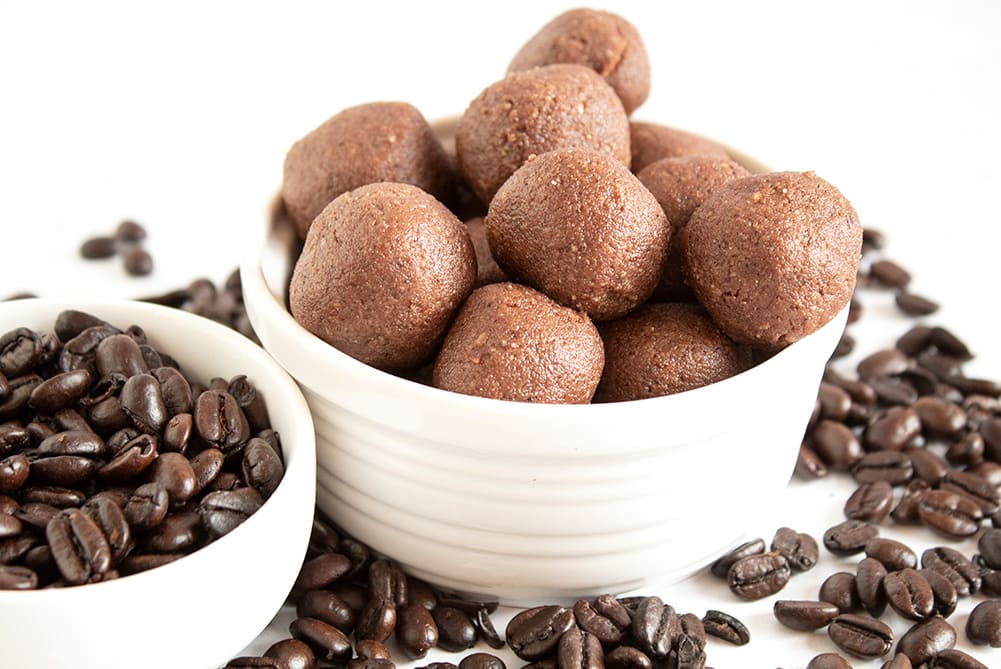 These sweet and tropical Piña Colada Keto Fat Bombs will transport you straight to a sunny beach! 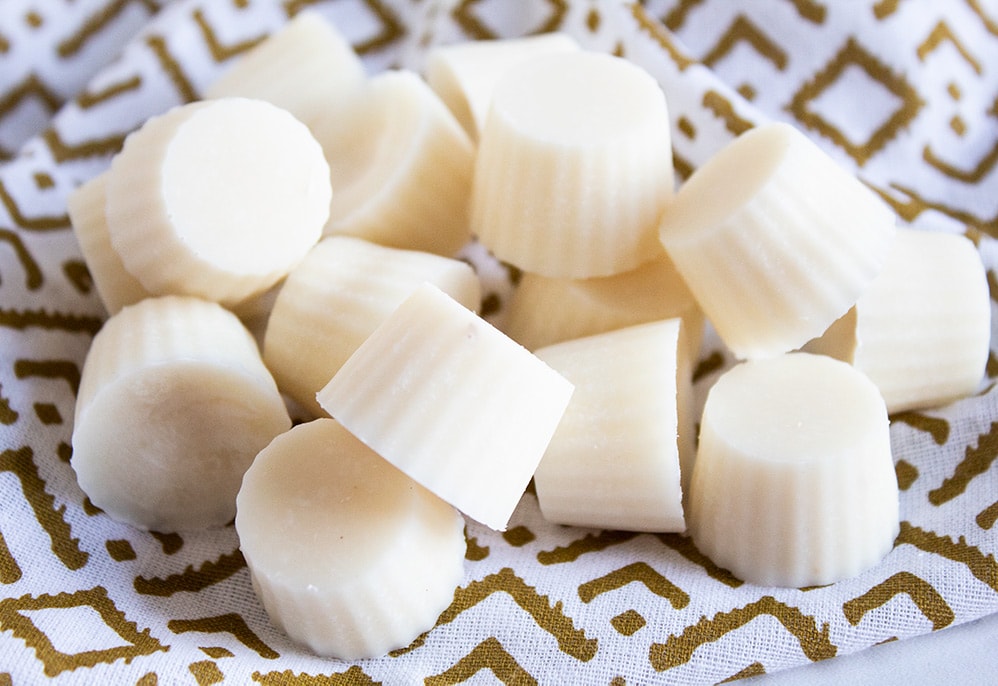 These oh-so-yummy Keto Blueberry Cream Pie Fat Bombs will give you the amazing flavor of blueberry cream pie thanks in part to a secret ingredient! 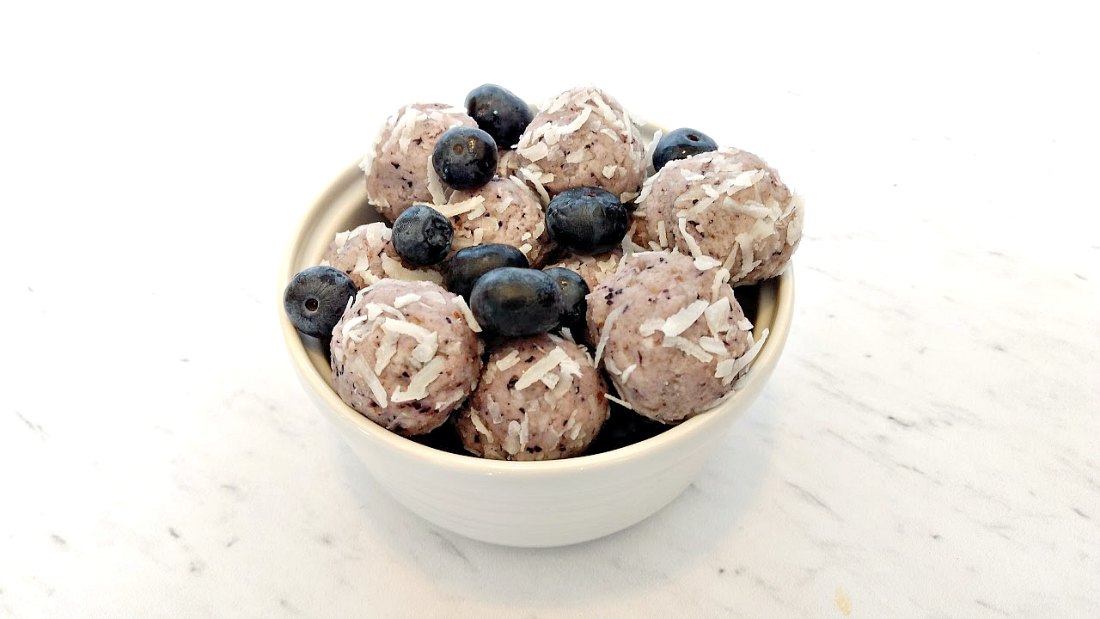 This Maple Coconut Keto Fat Bomb recipe is ridiculously good and so easy to make. Enjoy one or two of these for the perfect dessert or snack! 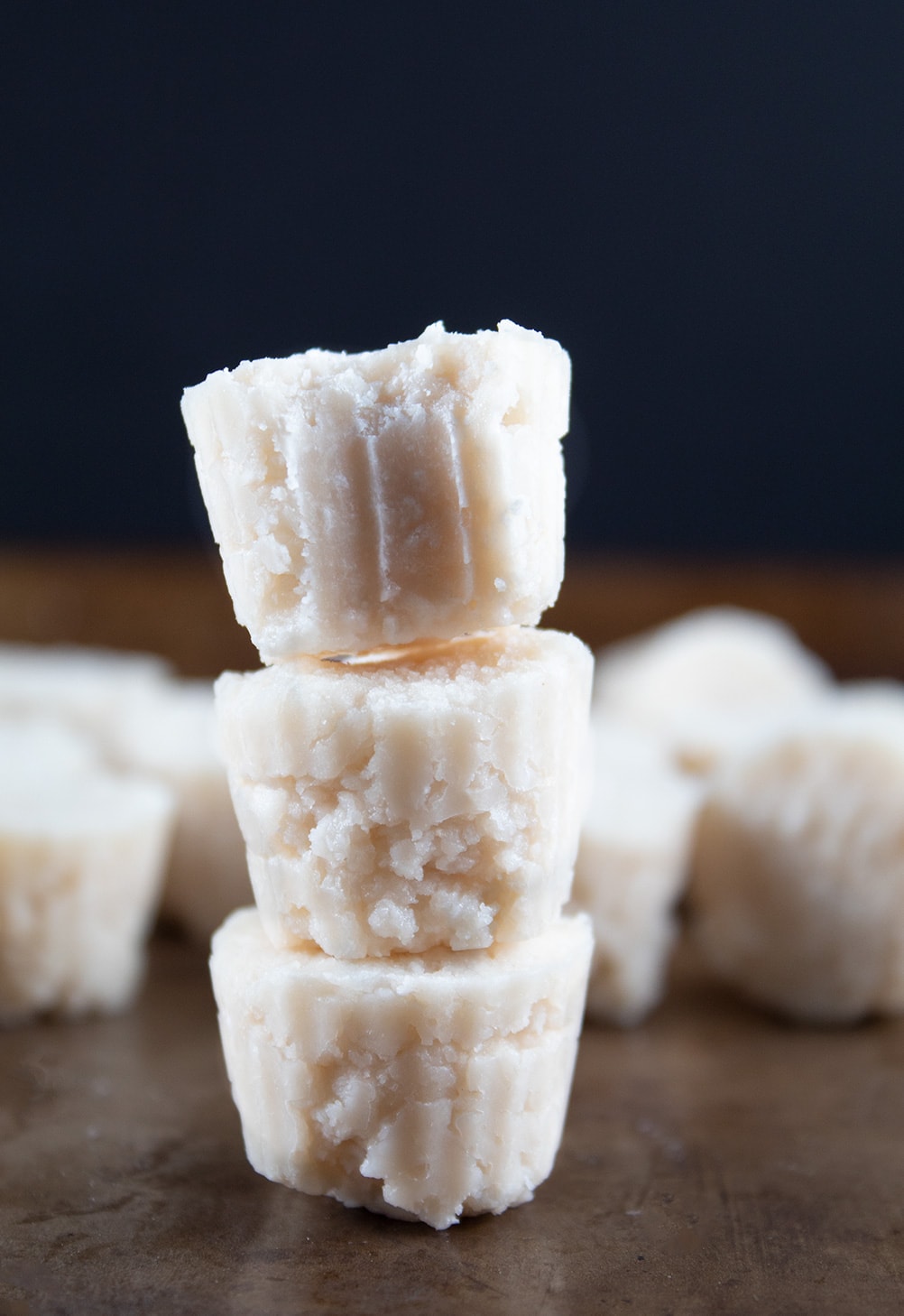 These yummy peanut butter fat bombs are so easy to make, are the perfect snack or dessert, and will squash your peanut butter cravings. Add in chocolate chips for an extra treat! 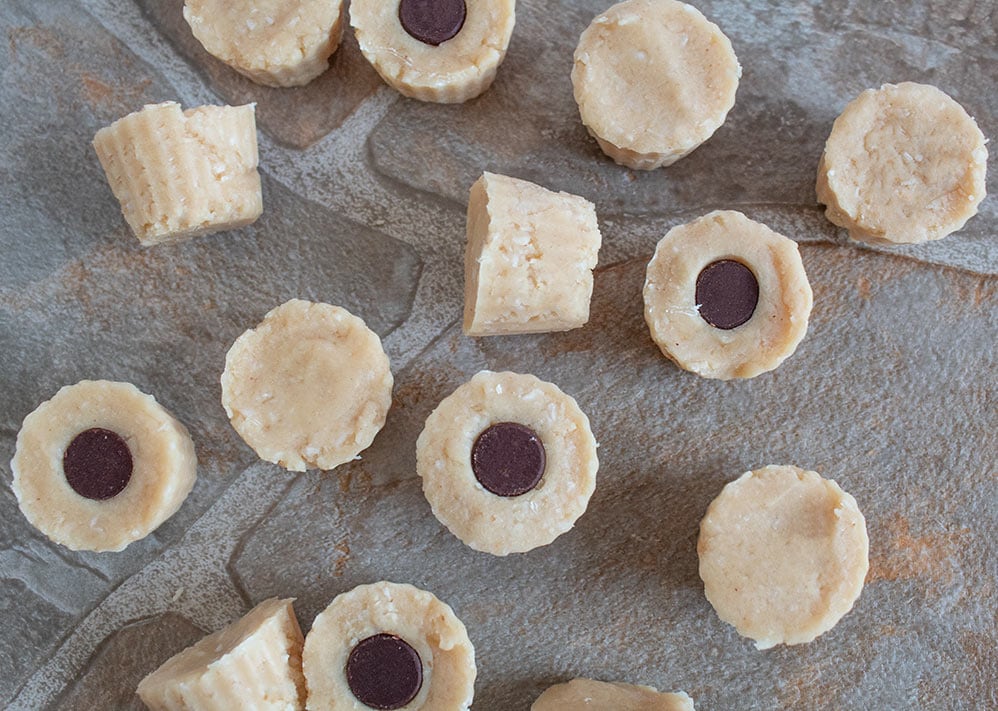 Yep, these fat bombs truly taste like Andes Mints! They’re so freakin’ good and so easy to make. 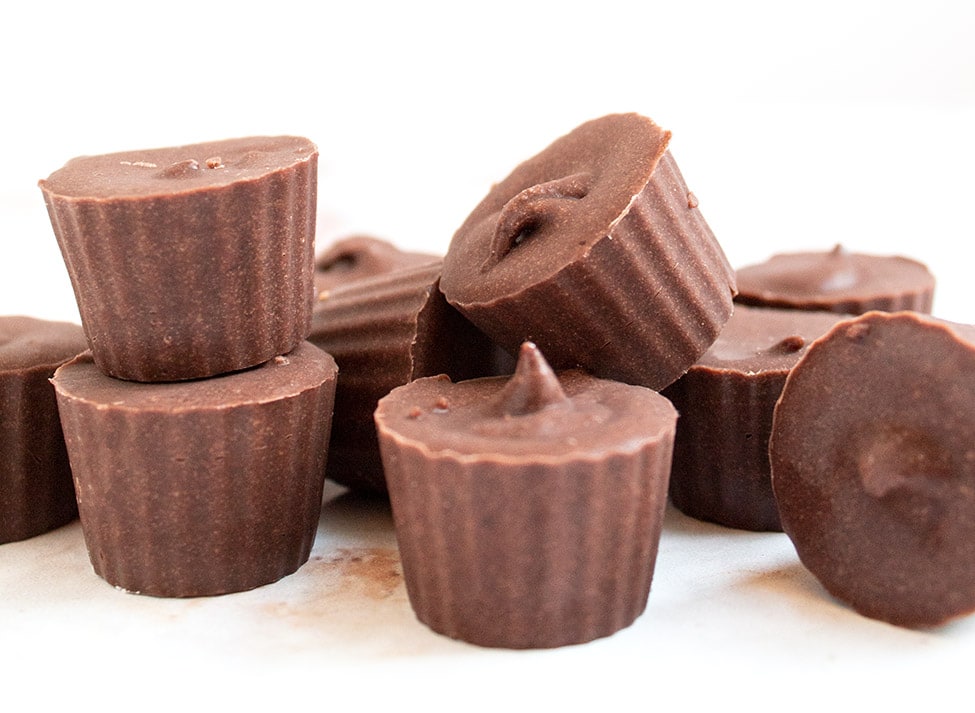 Fruit cravings on keto? Give these easy Lemon Coconut Fat Bombs a try! Each fat bomb contains almost 6g fat, and the lemon flavor will satisfy your fruit cravings without kicking you out of ketosis. 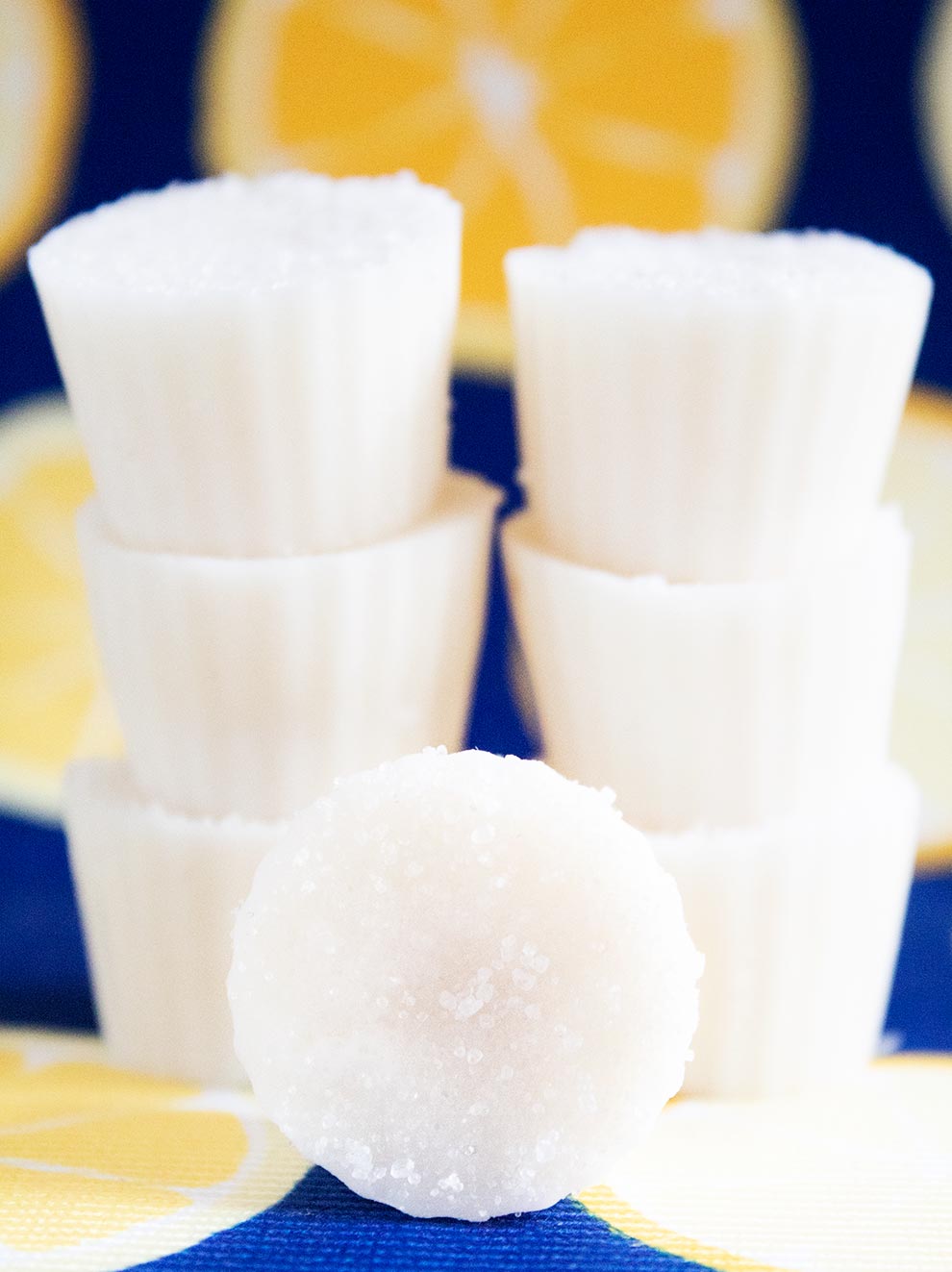 Believe it or not, eating cookie dough in the form of these Keto Cookie Dough Fat Bombs is 100% allowed and encouraged on keto! 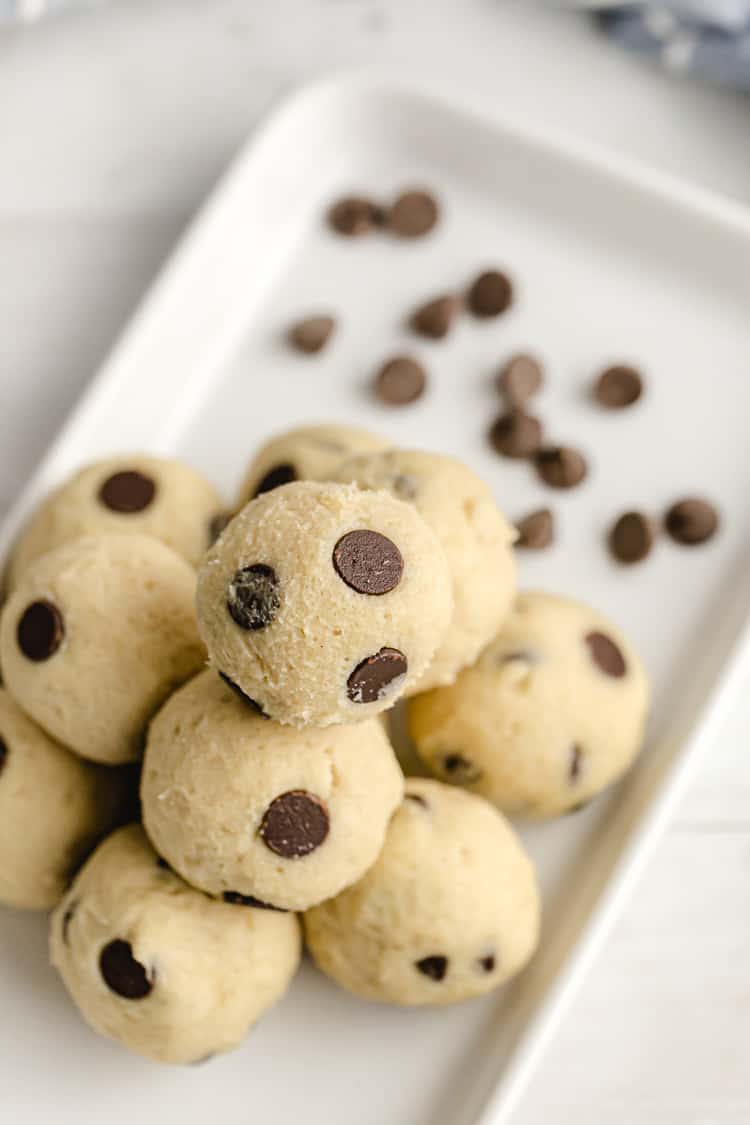 I admit I used to eat Neapolitan ice cream straight out of the carton when I was a kid. I would always annoy my parents because I’d start with the chocolate, then eat the vanilla, and finally the strawberry. Needless to say, anything Neapolitan (like this keto fat bomb recipe) reminds me of childhood! (The funny thing is I wrote this and then clicked into the recipe, only to realize the recipe creator said something similar. I guess Neapolitan = childhood for many of us!) 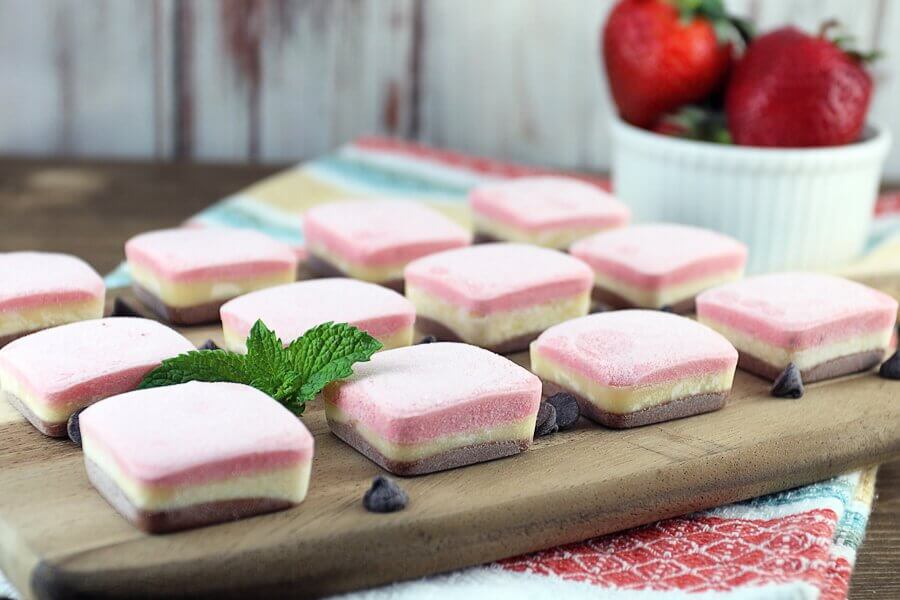 Aren’t these the cutest?! Plus, they’re a great way to satisfy your pumpkin pie cravings without all the carbs.

#11: Chocolate Pecan by Life Made Sweeter

I dare you to make it off the recipe page without drooling on the keyboard over the photos! These look SO good and contain my favorite keto-friendly nut, pecans!

#12: Lemon Macadamia by Health Starts in the Kitchen

Pre-keto, I was really take-it-or-leave-it with anything lemon-flavored. But since I started keto, I am ALL about the lemon-flavored treats! These look so tasty and easy to make.

(recipe and photo by Create Mindfully) 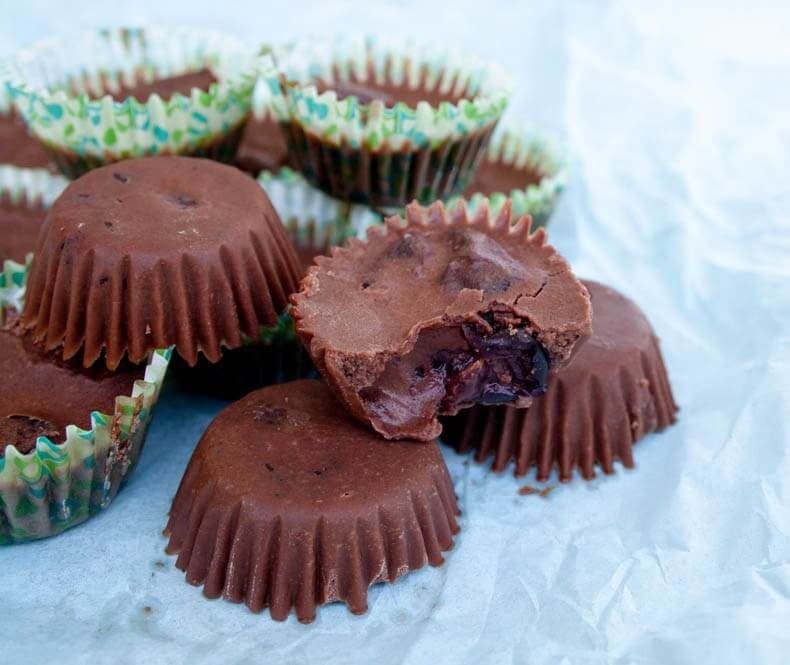 (recipe and photo by Root + Revel) 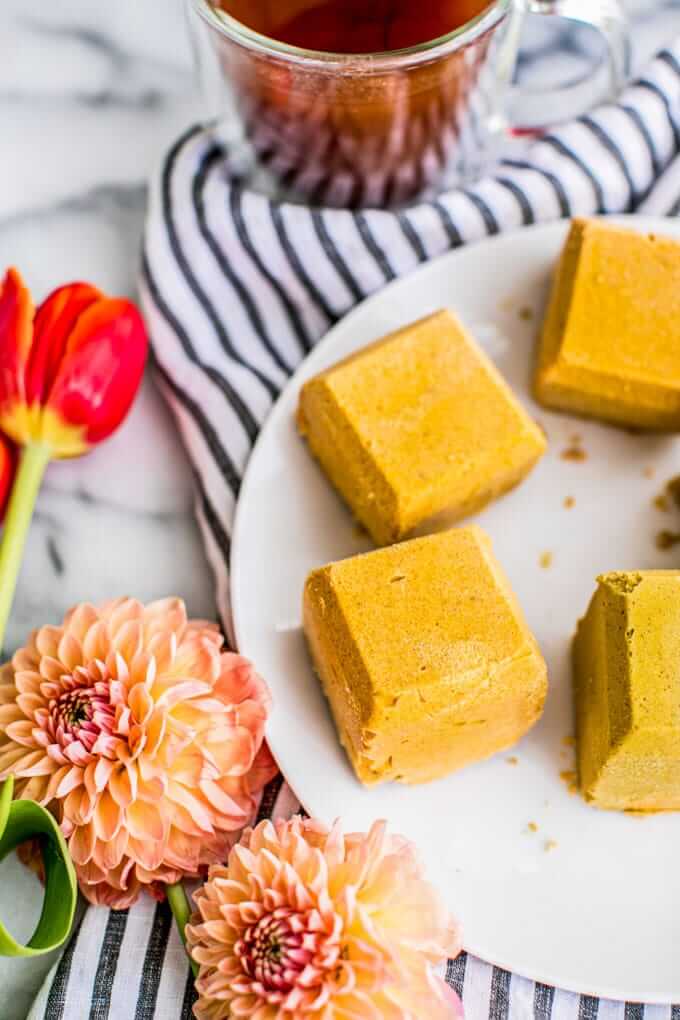 (recipe by She Lives Wholefully)

(recipe and photo by Bakerita) 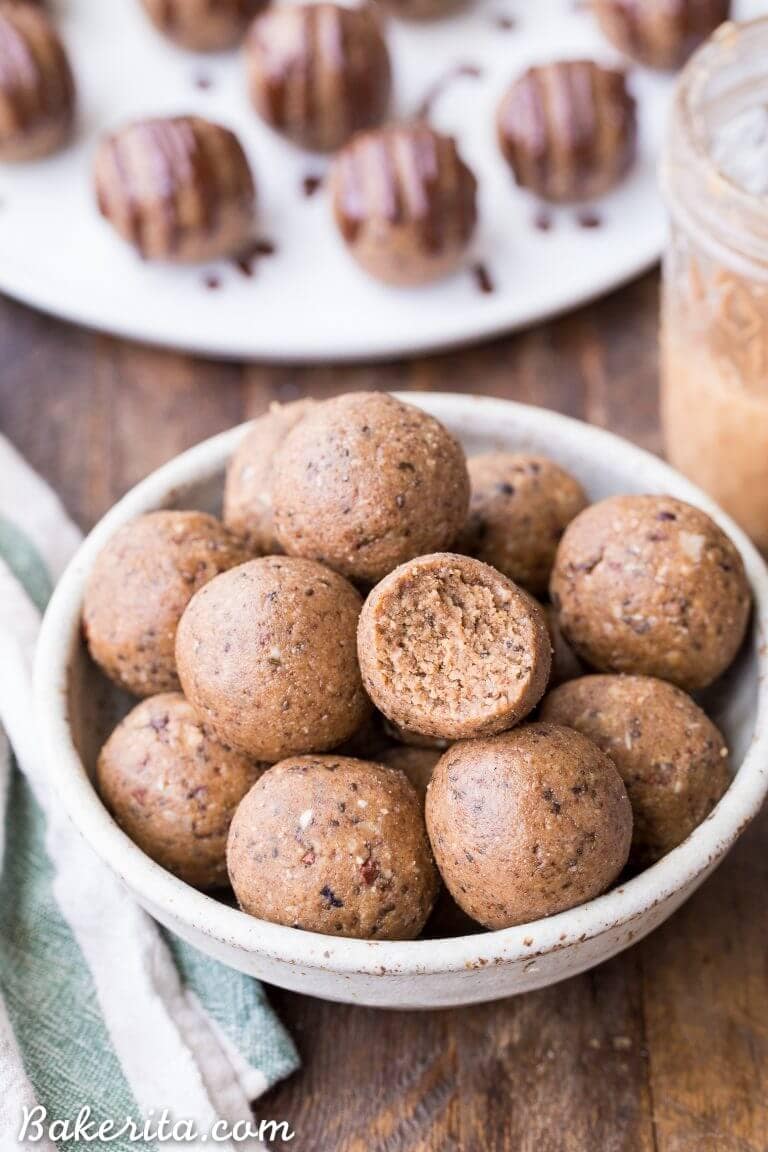 (recipe by Journey of Self Love)

The recipe creator loves to mix these in her coffee. Great idea!

(recipe by Be Happy and Do Good)

(recipe and photo by The Healthy Foodie) 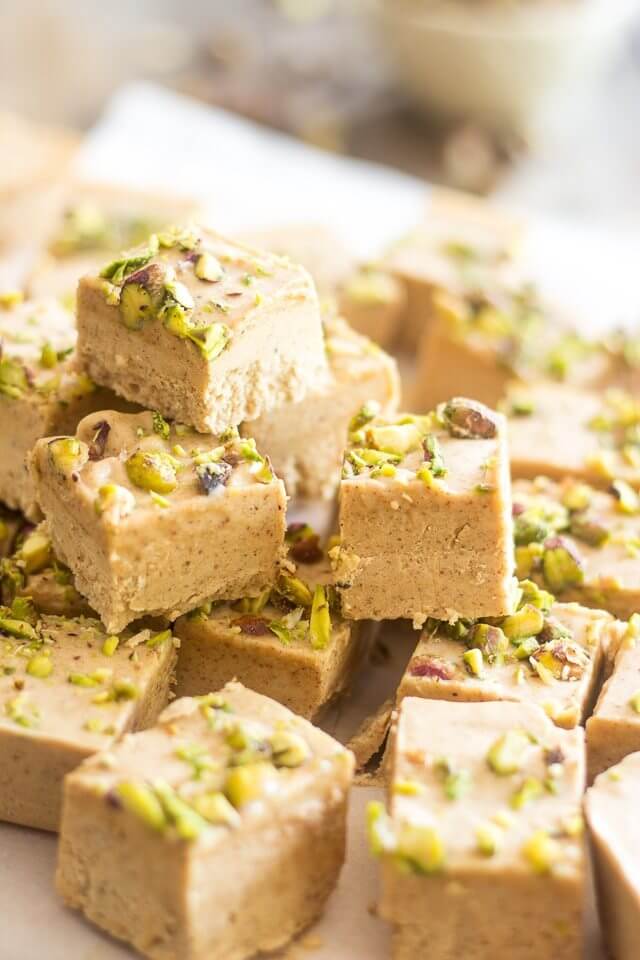 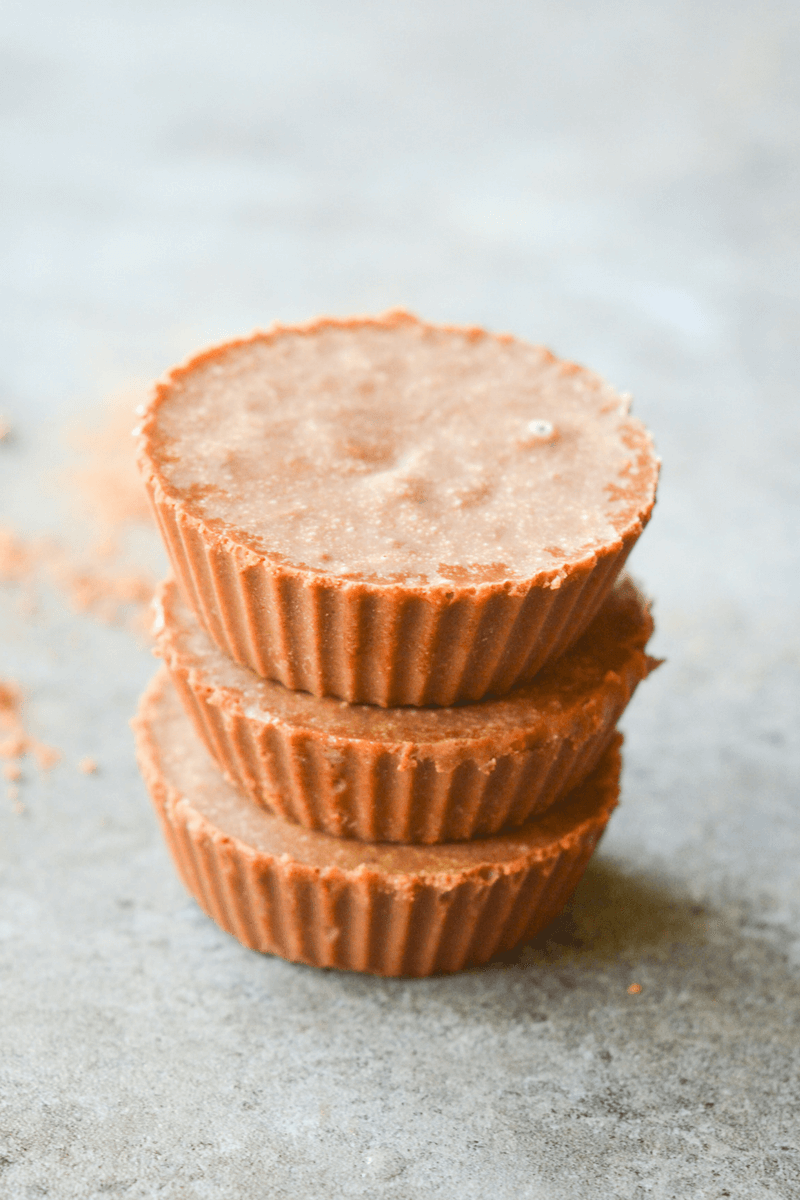 (recipe by Ditch the Wheat)

MAPLE 🍁 PB FUDGE FAT BOMBS❣️I made these last night and they are soooo good!! So I figured I'd share the recipe that I just threw together based on what I had on hand. I like them straight from the freezer, but they are good (soft and fudge like) from the fridge too. #ketorecipes #ketodessert #fatbombs #fatbombrecipe #lowcarbdessert #lowcarbrecipes #lchfdessert #lchfrecipes #jamies_keto_liferecipes

(recipe and photo by Ditch the Carbs)

Want to Succeed on the Keto Diet?

(recipe and photo by Ditch the Carbs) 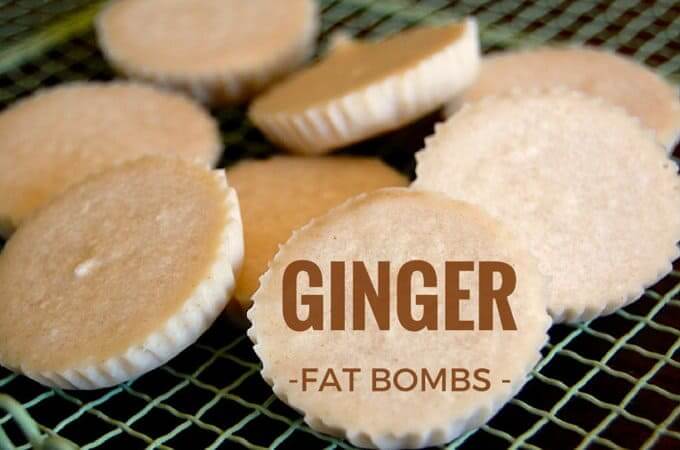 I hope you enjoyed this roundup of keto fat bombs! If you did, please give this post a share on social media by using the social sharing icons. Thanks so much!

And don’t forget to check out another popular keto post, 17 of the Best Keto Coffee Drinks (to Help You Rock the Keto Diet), so you can drink some keto coffee with your keto fat bomb! 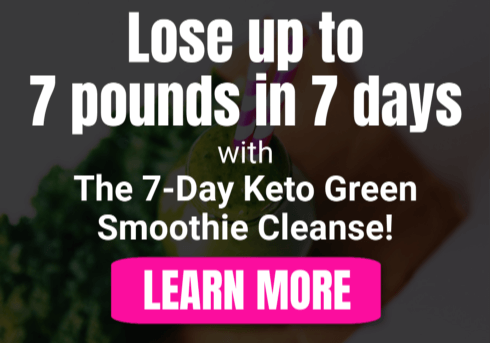 5 Health Hacks to Keep You from Getting Sick This Winter