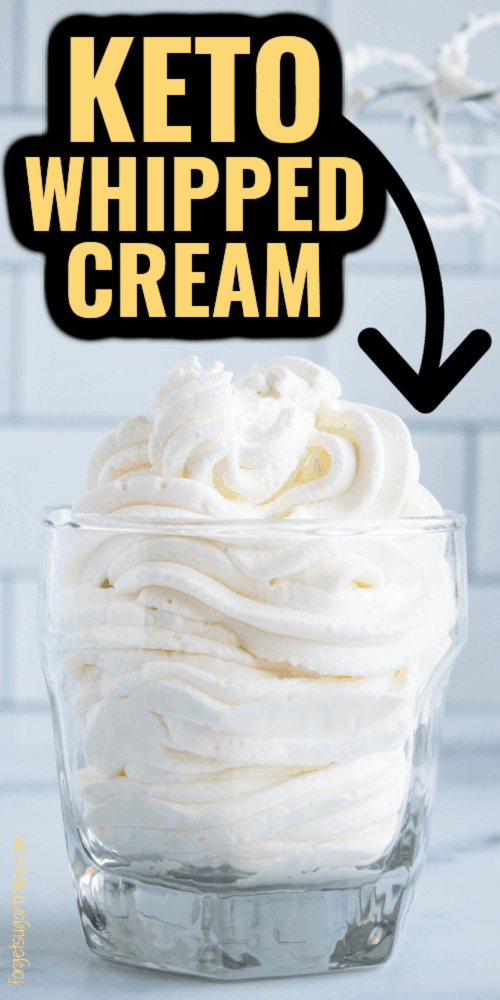 This Keto Whipped Cream is incredibly easy to make and doesn’t have any added sugar or weird fillers. Use it to top all of your favorite keto desserts! 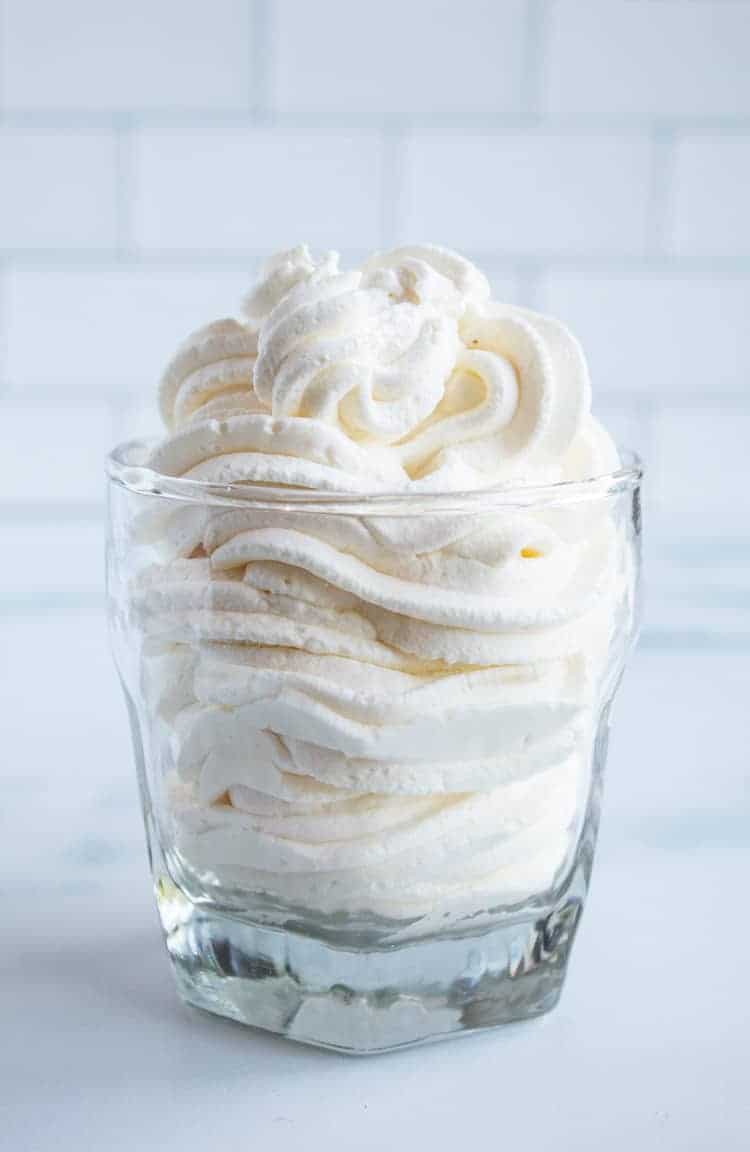 If you haven’t made your own Keto Whipped Cream yet, you’re seriously missing out. It is SO easy to make and is the perfect topper for your favorite Keto Desserts and drinks. Let’s get started!

Ingredient quantities for this homemade keto whipped cream are located in the recipe card at the end of the post.

How to Make This Whipped Cream Keto Recipe {Quick Overview}

This is just a quick overview of some of the steps involved in making the low carb whipped cream. For the recipe in detail, including exact measurements used at each step, scroll to the recipe card at the end of the post.

Here are five steps to the whipped cream process (yes; the numbers are in the correct order; I wanted to show #3 and #5 side-by-side): 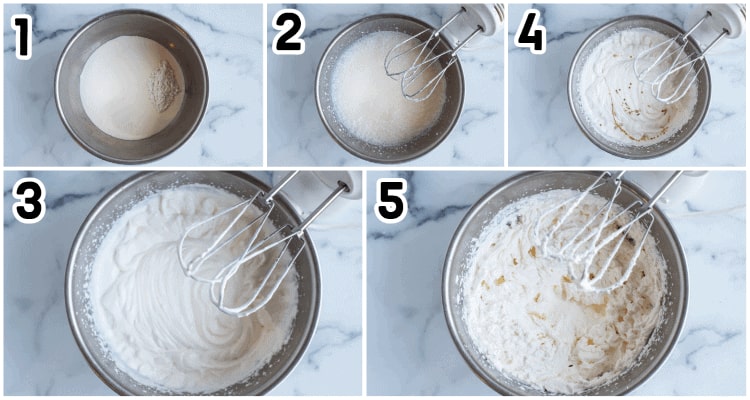 TIP: Make sure your heavy whipping cream, bowl, and beaters are chilled. (For the bowl and beaters, you can put them in the freezer for 30 minutes.)

Step 2: Combine the heavy whipping cream and Swerve on low-medium. (My mixer has 7 speeds and I do this step on 3.)

Step 3: Increase the speed of your mixer to medium-high and continue until the whipping cream begins to thicken. It will stick to your beaters at this point, but it won’t have the density of whipped cream yet.

Step 5: Increase the speed of your mixer to medium-high and continue until the mixture forms medium peaks. Don’t overbeat or you’ll end up with butter! I confess I like to live on the edge and make my whipped cream just a touch thicker than what most people do. I’m okay with that and the process hasn’t failed me yet. 😉 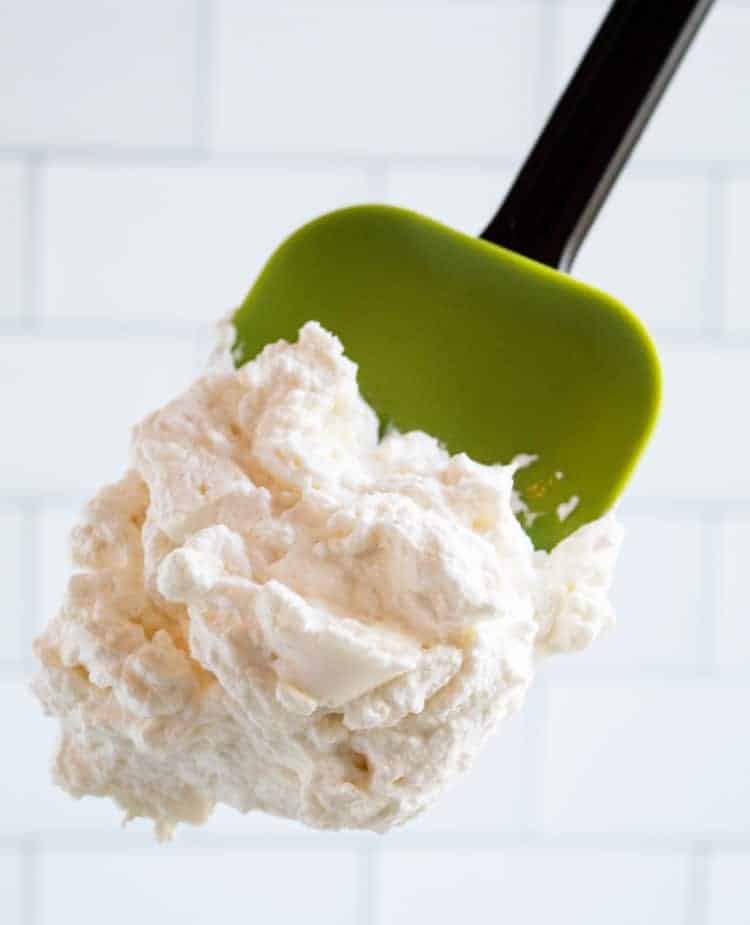 For that canned whipped cream look, I used this dessert decorating set.

Keto Whipped Cream has 0g net carbs if you go by the labels shown on most cartons of heavy whipping cream.

However, due to rounding allowances on nutrition labels, food manufacturers can label an item as 0g if the individual serving size (in this case, 1 tbsp heavy whipping cream) contains less than 0.5g net carbs. Heavy whipping cream contains, according to the USDA, 0.4g net carbs per 1 tbsp.

However, the vast majority of commercially produced whipped cream contains added sugar, which many people prefer to avoid on keto. For example, Reddi-wip Original contains both sugar and corn syrup. Although each (tiny!) 5g serving contains only 1g net carbs, which means it’s technically acceptable for keto*, it’s not the best choice for your diet.

Is there sugar free whipped cream?

Yes! You can make sugar-free whipped cream at home with this recipe.

Another option is Great Value (Walmart)’s Sugar-Free Whipped Cream, which comes in a can just like Reddi-wip. Unfortunately, it contains sucralose (an artificial sweetener that is generally avoided on keto) and some preservatives. Your best bet is to make your own!

Are there carbs in whip cream?

Yes, although they are minimal – usually 0.5-1g net carbs per serving.

Is heavy cream the same as heavy whipping cream keto?

They are basically the same thing as they are both required to contain at least 36% milkfat.

What can I serve low carb whipped cream on?

Lots of things from Keto Coffee to keto cake to keto ice cream and more! Here are some of my recipes that call for a delicious topping of keto whipped cream: 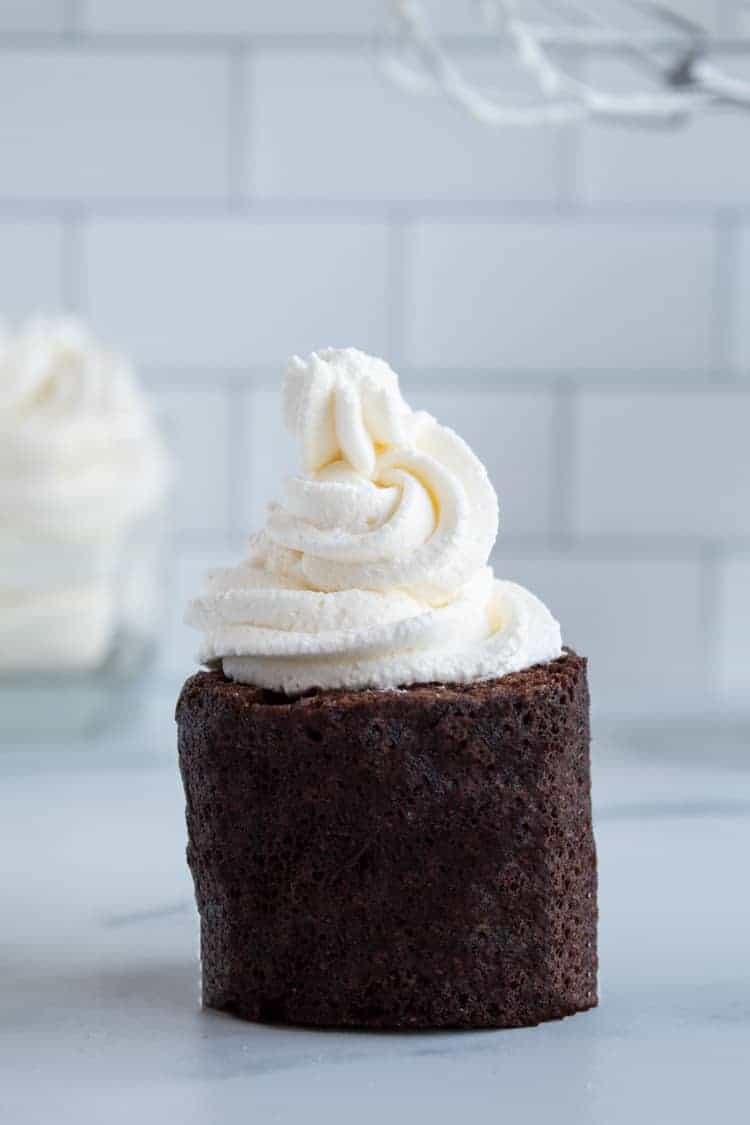 Or, you can serve keto whipped cream on any number of delicious keto desserts:

Per serving (16 total servings of approximately 1/4 cup each*):

*A typical serving size for whipped cream is 1/8 cup (2 tbsp), but let’s be honest – does anyone really use only 2 tbsp? 😉 That said, feel free to adjust the serving size. 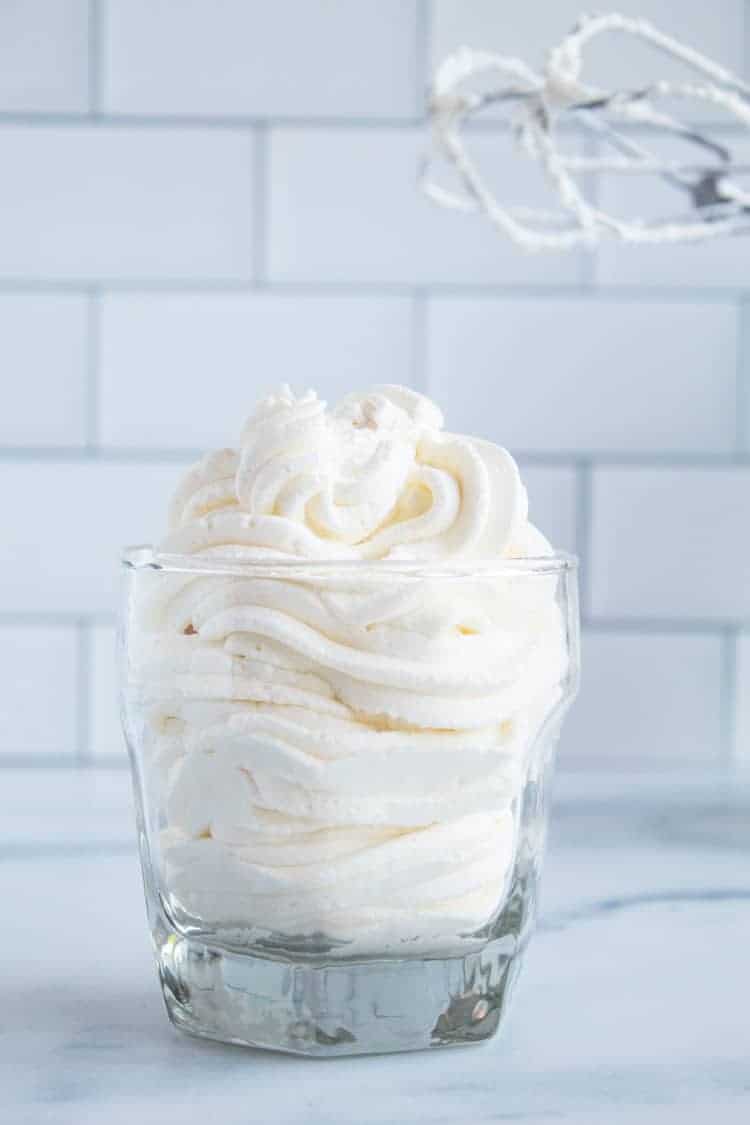 I hope you love this easy low carb whipped cream recipe! If you liked this post, I would so appreciate you giving it a share by using the social sharing icons. THANK YOU! 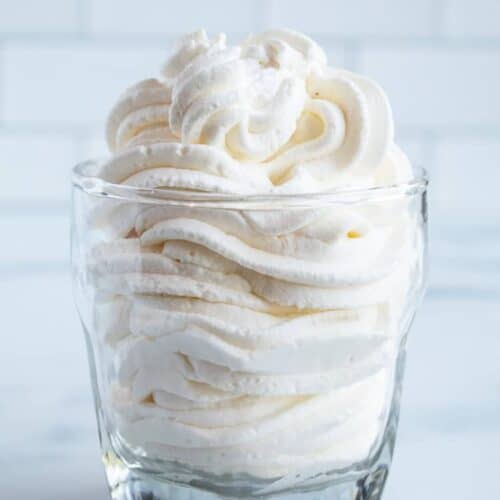 How to Save Big on Keto Grocery Staples + FREE Gift Up to $24!

27 Reasons Why You Should Eat Less Sugar, Annotated and Animated

How Much Sugar Should I Eat Per Day?!